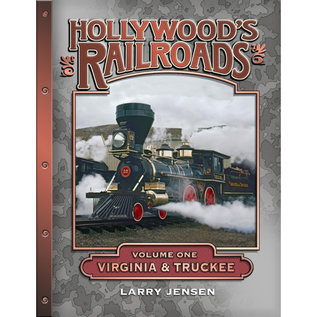 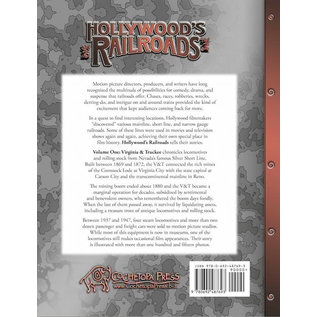 Volume One: Virginia & Truckee covers four steam locomotives from Nevada's famous Virginia & Truckee Railroad –  No. 11, No. 18, No. 22, and No. 25 – that were purchased by Paramount Pictures, Metro-Goldwyn-Mayer, and RKO-Radio Pictures between 1937 and 1947. Those locomotives were used in more than 150 movies and TV shows. Three of them have been restored by the Nevada State Railroad Museum in Carson City. The fourth is still a prized possession of Old Tucson Studios in Arizona. Also included are the movies shot on the V&T, circa 1948-1950, featuring locomotives No. 5, No. 26, and No. 27. This volume has a list of films and 115 photographs – with 15 in color – that show various trains and film companies in action.