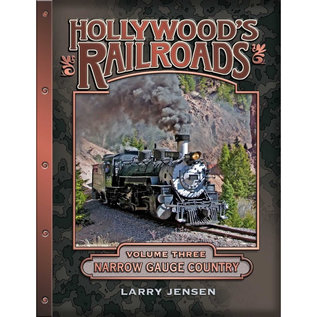 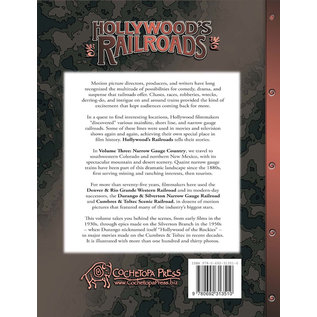 Volume Three: Narrow Gauge Country covers the railroads in southwestern Colorado and northwestern New Mexico, which run through some of the most spectacular scenery in the United States. They have been used in more than 60 films made between 1935 and 2014. The railroads covered in this volume are: Denver & Rio Grande Western, Rio Grande Southern, Durango & Silverton Narrow Gauge, and Cumbres & Toltec Scenic. Even though these lines are among the most popular topics in railroad literature, their use in motion pictures has never been covered extensively before. This volume has a list of films and 130 photographs – with 22 in color – that show various trains and film companies in action.