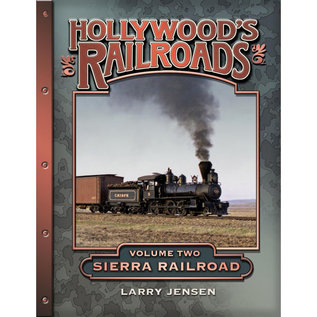 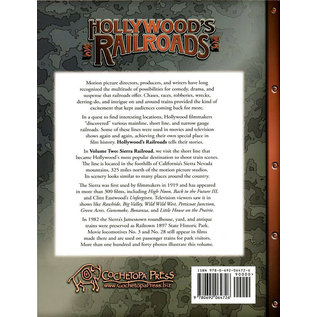 Volume Two: Sierra Railroad tells the story of the central California short line that became Hollywood's most popular destination to shoot railroad scenes. The line was first "discovered" by silent filmmakers in 1919. During the past century, it has been used in more than 300 films, including High Noon, Back to the Future III and Clint Eastwood's Academy Award winning Best Picture, Unforgiven. Generations of television viewers saw it on The Lone Ranger, Tales of Wells Fargo, Rawhide, The Big Valley, The Wild ​Wild West, Petticoat Junction, Green Acres, Gunsmoke, Bonanza, and Little House on the Prairie. This volume has a list of films and 140 photographs – with 25 in color – that show various trains and film companies in action.